Ever since Aileen Lee, founder of Cowboy Ventures, coined the term “unicorn” in 2003 in a TechCrunch article titled "Welcome To The Unicorn Club: Learning from Billion-Dollar Startups", unicorns have experienced a lot of acclaim. 2019 was an especially transformational year for unicorns, defined as privately held startups valued at more than $1 billion. With unicorn darlings Uber, Lyft, Beyond Meat, PagerDuty, and Slack making their public debuts in 2019, the current unicorn cohort looks notably different than it did at the beginning of 2019.

As we enter a new decade, it’s prudent to take stock of today’s unicorns. We analyzed the current state of the unicorn club, using data from CB Insights, and, in doing so, illuminated three surprising trends.

1. The automotive and transportation sector dominates.

With Uber and Lyft both making their public debuts in 2019, one might expect to see a nosedive in terms of automotive sector representation on 2020’s unicorn list. This isn’t the case. Automotive and transportation companies exhibit the greatest mean valuation at $4.84B, followed by travel companies at $4.7B. 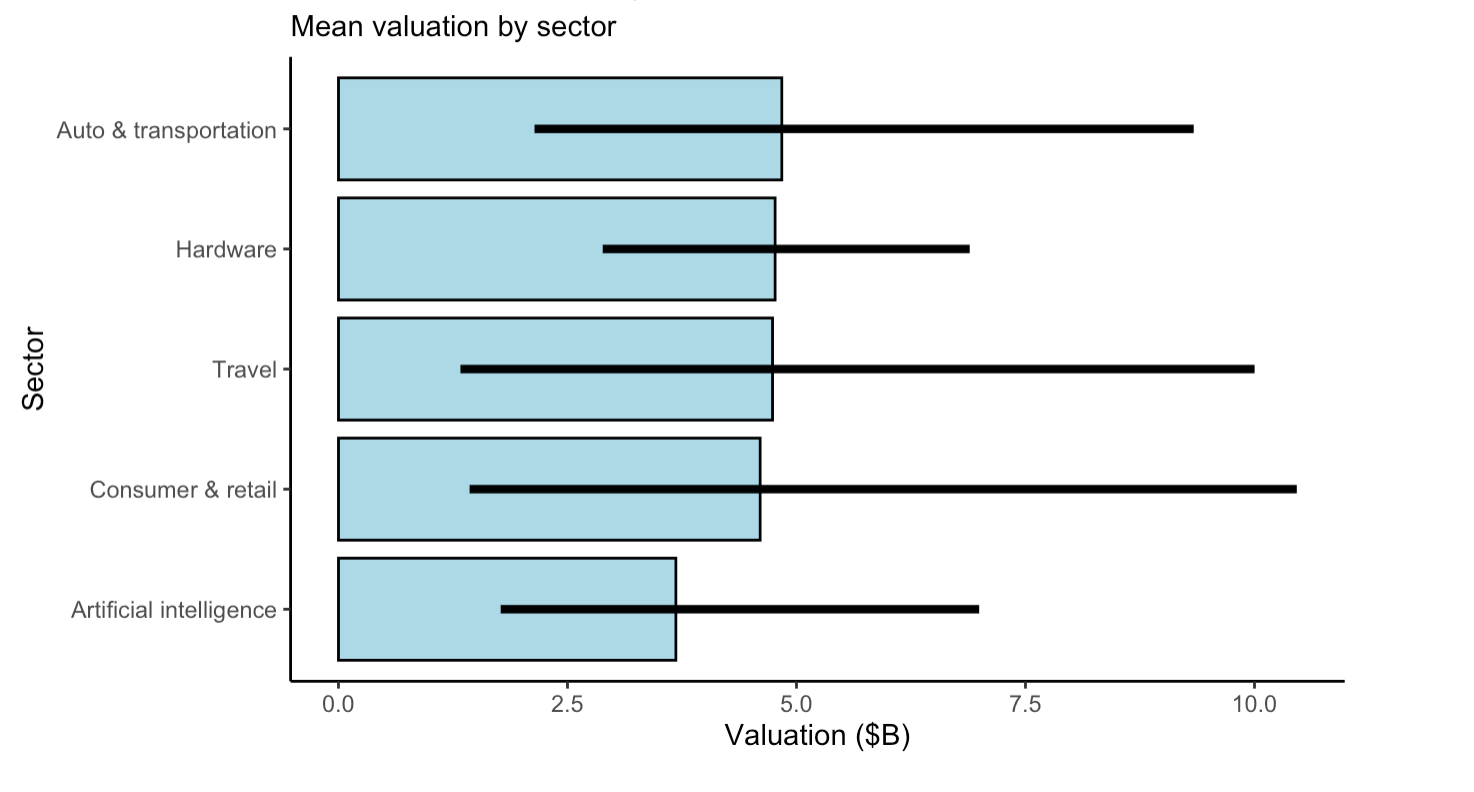 The dominance of automotive and transportation unicorns can be attributed to several factors. First, vehicle electrification is top-of-mind for all leading automobile manufacturers. In this vein, China’s unicorn, Youxia Motors, which has been likened to the "Uber of China", has gained favor among top-tier investors. Second, autonomous driving is experiencing unprecedented traction with unicorns Quanergy and Pony.ai, both headquartered in Silicon Valley, especially privy to top-tier investment dollars. Quanergy provides LiDAR sensors and smart sensing solutions, while Pony.ai, which recently announced a partnership with Toyota, builds full-stack autonomous driving solutions. Finally, new promising mobility service providers have emerged such as Grab, a Singapore-based ride-hailing transport services, and Lime, which specializes in electric scooters and electric bikes.

Artificial intelligence (AI) has experienced a steady rise in venture capital over the past five years. 2018 marked an especially pronounced inflection point when the amount of funding nearly doubled over 2017 levels. 2019 continued the momentum and saw especially strong interest in AI startups. CB Insights today recently announced that AI startups raised a record $26.6 billion in 2019, representing more than 2,200 deals across the world as compared to 1,900 deals totaling $22.1 billion in 2018 and approximately 1,700 deals totaling $16.8 billion in 2017.

Part and parcel with the rise in venture capital dollars targeting AI is the tight race for AI dominance between China and the US. In July 2017, China's State Council issued its seminal Artificial Intelligence Development Plan, which detailed China’s bold ambitions to develop leading AI technology and applications by 2030.

Our unicorn analysis reveals that China is, for the time being, reigning supreme in terms of AI-focused unicorns. Without a doubt, China’s biggest success story to date is ByteDance, which is renowned for its product, Toutiao. Toutiao is a hybrid search engine/social media platform and has been dubbed, “Buzzfeed with brains.”

While China is clearly dominating in AI, the US has primacy in travel thanks, in large part, to Airbnb. 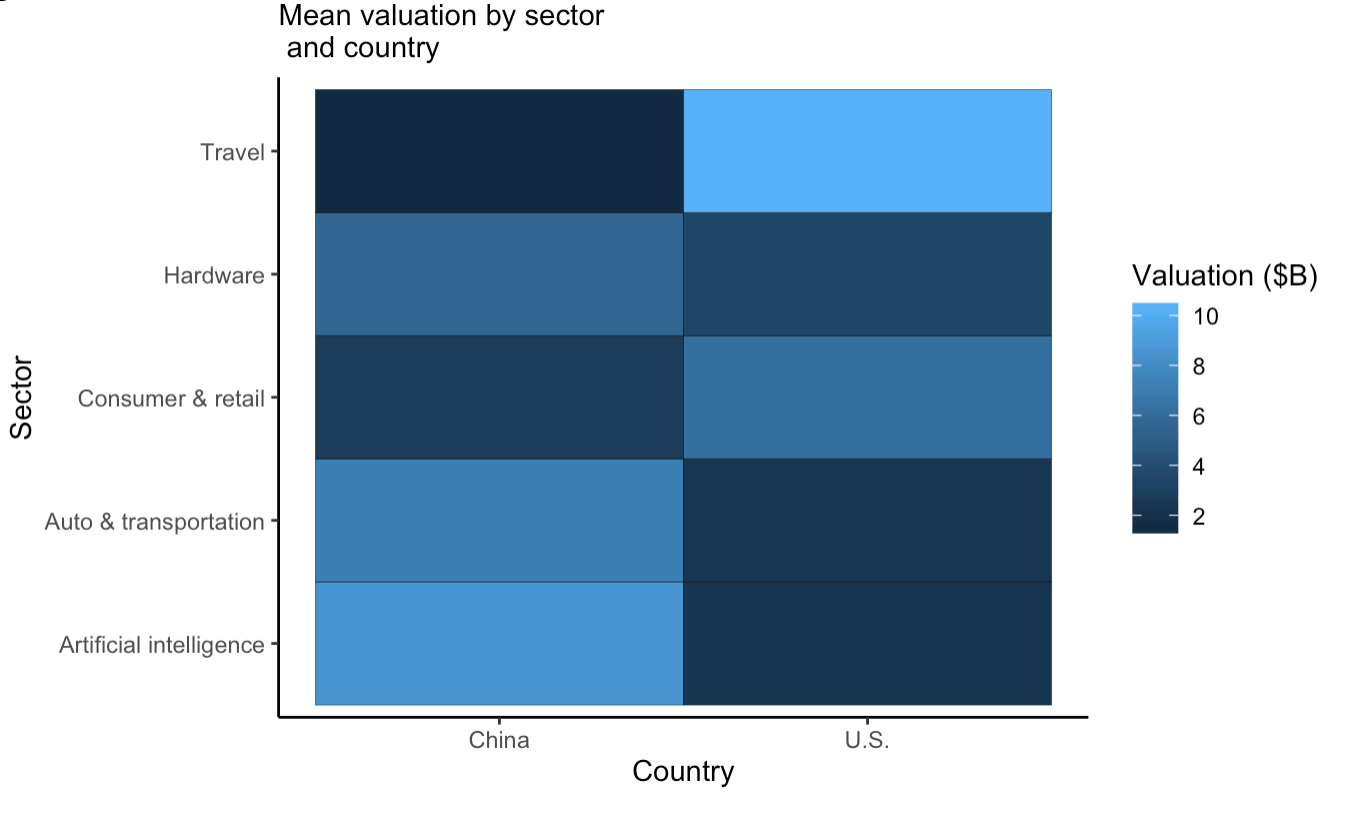 3. The US settles for the bronze.

India’s rather unexpected rise to the second spot can be attributed, in large part, to One97 Communications, India's leading mobile internet company, which has secured a whopping $16B valuation. 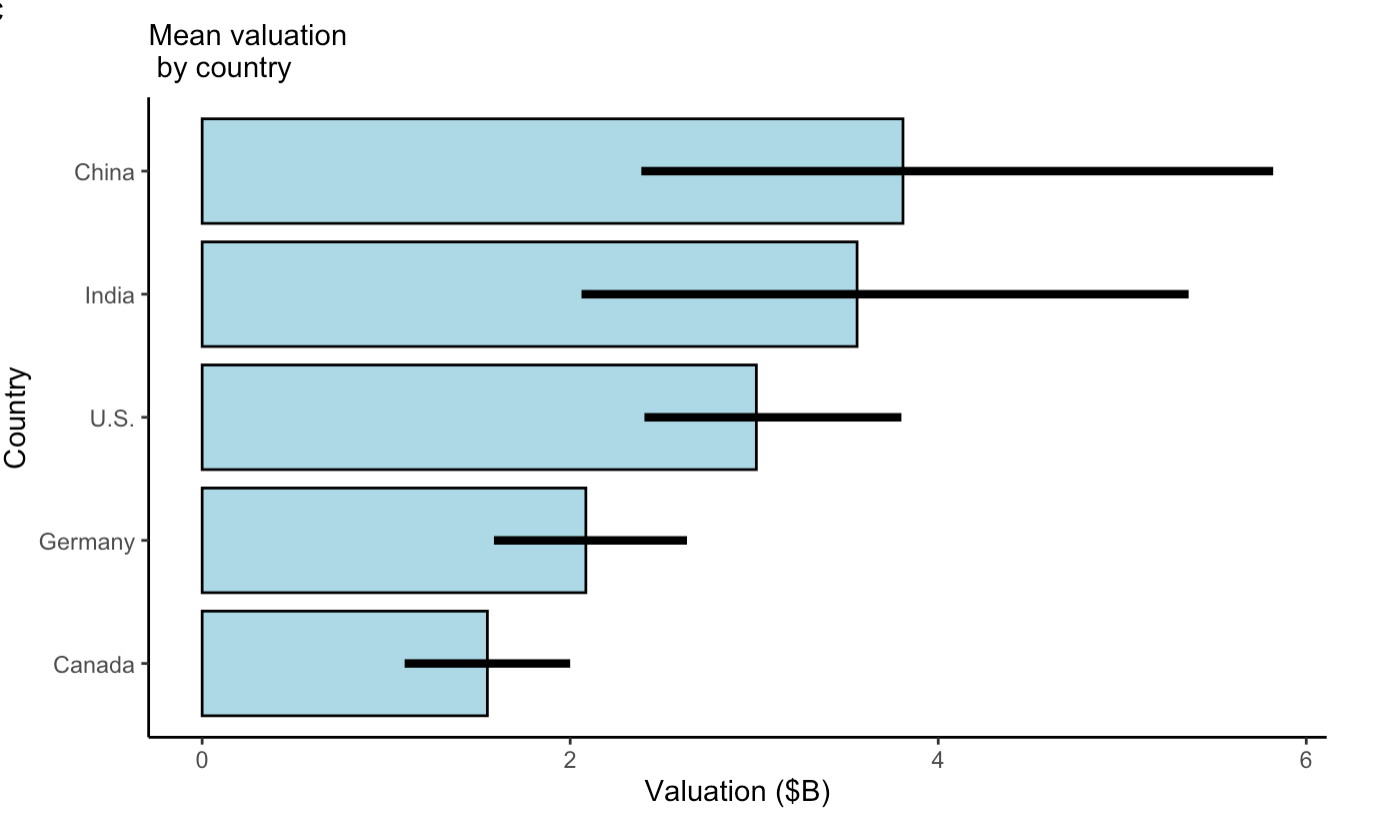 A new year, a new unicorn.

It will undoubtedly be another exciting year for unicorns. As it stands, there are 443 unicorns with a total cumulative valuation of $1.3T (CB Insights Research, 2020). Be on the lookout for continued dominance in the automotive and transformation sector, the AI race between the US and China to gain momentum, and India’s continued rise to unicorn greatness.

Why Unread Emails Are Hurting Your Customer Relationships

Doing This One Thing Causes Us To Lose 10 IQ Points Multiple Times A Day (Hint: We All Do It)