3 Startup Trends To Watch and Why They Matter

Many of the hottest startup trends right now have been fueled by the recent (and significant) shift to remote working, online shopping, online socializing, and—put simply—remote living. Our lives will forever be altered by this transition and the newfound respect we have for technologies that have made it possible. One year into remote living, here are three startup trends that are top-of-mind … ... END_OF_DOCUMENT_TOKEN_TO_BE_REPLACED

Like most industries, venture capital has its fair share of abbreviations, jargon, and buzzwords. From unicorns to dragons* to angels, understanding venture capital industry lingo can seem more challenging than defeating a mythical creature.

If you’re in the dark about common VC vernacular, it can cause some serious confusion and can put you at a disadvantage. Whether you’re an investor or an entrepreneur, if you can’t talk the talk, you won't be able to walk the walk.

Let’s take a closer look at the origin of some of the more popular VC terms.

The word invest comes from the Latin verb investire which means to clothe. Literature buffs may recall a scene in Shakespeare’s "As You Like It" when Melancholy Jaque', one of Duke Senior's noblemen, says, "Invest me in my motley [a traditional costume worn by a court jester or fool]".

The financial meaning of invest emerged in the early 17th century. It meant to clothe money in a different form, which is, in many ways, what investing is. Today, venture capitalists' success depends on their ability to clothe their money so that it earns a lucrative return.

The term angel dates back to the days of Broadway theory. The term was first used to describe wealthy individuals who provided money for theatrical productions that would otherwise be forced to shutter.

In 1978, William Wetzel, then a professor at the University of New Hampshire and founder of its Center for Venture Research, completed a groundbreaking study on how entrepreneurs raised seed capital in the USA. He used the term "angel" to describe the investors who supported them.

A unicorn is most commonly defined as a privately held startup that has achieved a $1 billion valuation. At the end of January, there were 310 unicorns, according to CB Insights. 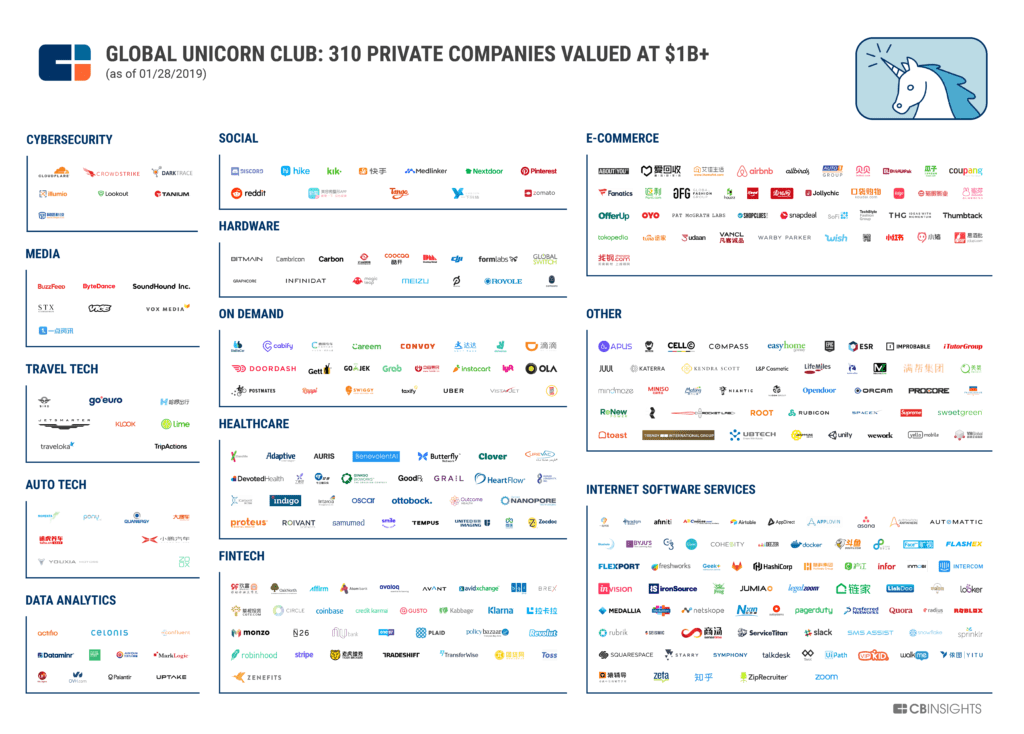 You may be surprised to learn that the term unicorn is pretty young. Aileen Lee, founder of Cowboy Ventures, is credited for coining the term. She introduced the term in 2003 in a TechCrunch article titled "Welcome To The Unicorn Club: Learning from Billion-Dollar Startups".

Dry powder is often used to refer to cash reserves kept on hand by a venture capital firm, a private equity firm, or another type of company. This money may be used to purchase assets, cover future commitments, or make acquisitions.

We've been hearing a lot about dry powder recently in the context of private equity. Private equity dry powder has reached record levels. As of the beginning of 2019, private market funds had more than two trillion dollars of dry powder, according to Prequin. With this much capital waiting to be deployed, it's an exciting time for PE. 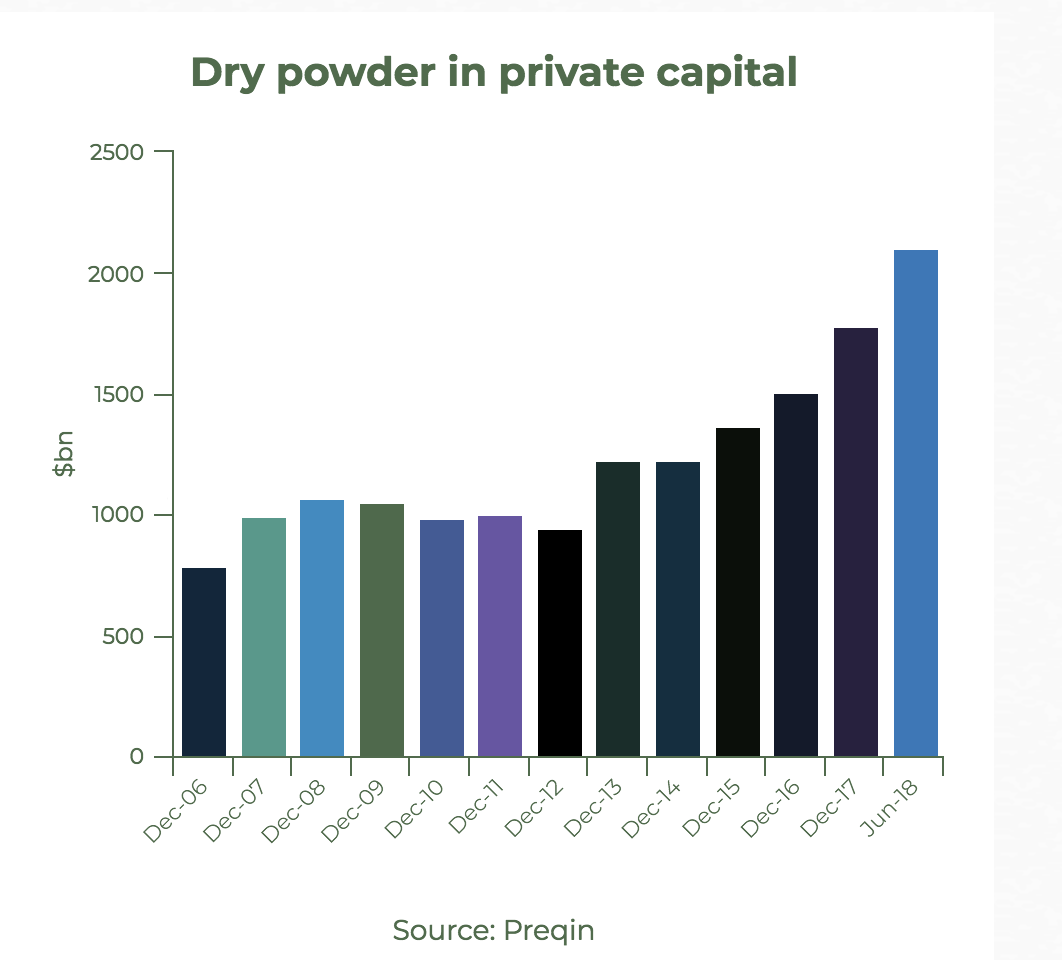 The origins of the term dry powder date back to the military days of the 17th century when guns and cannons were used in battle. In order to remain effective, the gunpowder needed to be kept dry. It was common practice to have a reserve of dry powder on hand to keep weapons functioning properly. The term later evolved to the financial definition to mean cash kept in reserve. Just as in the military days, dry powder is critical to keeping a company or firm functioning.

Bootstrapping is a common strategy adopted by entrepreneurs. It typically refers to a situation where an entrepreneur (or startup) launches a venture using his or her own assets.

The term bootstrapping was derived from the early nineteenth-century phrase "to lift oneself up by one’s own bootstraps,” a seemingly impossible task. If you pull on your shoelaces, you won't be able to lift yourself into the air. Fortunately, the financial derivation is much more feasible to achieve. Several of the most successful entrepreneurs have relied on bootstrapping. Steve Jobs and Steve Wozniak, for example, dropped out of college to start Apple and launched the company with minimal resources in Jobs' parents' garage.

The venture capital landscape is rife with nuances. The most successful venture capitalists and entrepreneurs are able to read between the lines, uncover hidden intentions, forge strong relationships, and develop a powerful network. Understanding common jargon can be key to your success in navigating the unique landscape.

*A dragon is a company that returns an entire fund. It’s about four times as rare as a unicorn!